Posted on November 6, 2015 by George Ridgeway 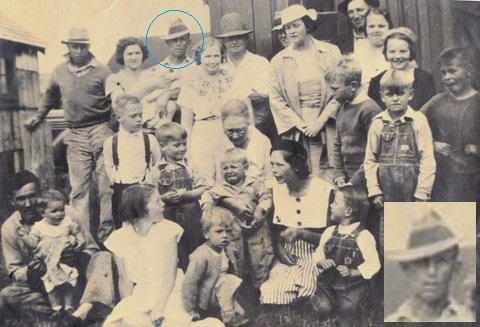 Peter married a second time to Docia (Blevens) Anderson in Maryville, Blount County, Tennessee. He returned with his family to Skagit County before 1892 settling in the Skagit Valley where he purchased 160 acres of land in 1900. He fathered 4 more children while logging trees from his property. He built a sawmill where cleared 90 acres in the Skagit flats and began farming. He acquired a moderate number of Holstein cattle and raised grain on his property. In 1905 he built a nice 2-story home for his family. Docia raised chickens to supplement their fresh food supply of meat, eggs, and vegetables. Rabbits were also plentiful food source.

To honor this ancestor, a great grandson donated property in the Birdsview area along the Skagit River to the state for a park. Working in conjunction with the Washington State Parks Department and given the option of naming this park, the families chose to name the area RASAR STATE PARK. The park is well used by residents of Skagit County.–
Member Skagit Valley Genealogical Society contact at hrasar@gmail.com

Any new work official web site you want to carry on must be put in context with research existing in the field.